Enjoy the celebrations for Sant Sebastià and best tapas in Palma | OMBU
What to do in PalmaJanuary 12, 2018

If you are planning on being in Mallorca, especially Palma around the 19th and 20th of January then the city has some festivities that you definitely can’t miss.

As Christmas, New Year’s, and Three Kings end you may be wondering when the next festivity will be, well in Palma you won’t have too long to wait as the end of January brings some pretty exciting celebrations, from fireworks and demons to live music and traditional food. You won’t find an event like it anywhere else so make sure you attend one of the best fiestas in Mallorca.

The history of Sant Sebastià

So where did the traditions and myths of Sant Sebastià come from? Saint Sebastian or as he is known in Mallorca, Sant Sebastià, is said to have refused to renounce Christianity and as a result was tied to a tree and shot with arrows by the Roman Emperor Diocletian. Following this attack he was nursed back to health and appeared to be on the mend, however he was then hunted down once again and martyred to death, becoming the saint who was martyred twice. Legend says that his body was buried in the catacombs by a young Christian woman who received a premonition from the saint himself who gave her specific instructions on his burial. In 1524 Saint Sebastian became the patron Saint of Palma when a relic from his remains arrived by boat from Rhodes, which happened to coincide with the end to a plague which had devastated the city of Palma.

Since the 17th century there have been two main traditions which have stood the test of time in the San Sebastian celebrations. One being the Correfocs, literally meaning ‘Fire Run’, they are a magnificent display of demons and fire. The Mallorcans go all out, creating realistic and sometimes a little terrifying demonic masks which are then worn as they run through the streets of the capital holding torches and fire shooters. Throughout the processions there are fireworks and larger than life light displays. It is a thrilling and exciting display of tradition and culture.

Another traditional name which you will hear during the festivities is the “Drac de na Coca” which is stemmed from an old myth. It is said that there was a dragon type creature which lived amongst Palmas sewers, going around in the cover of darkness terrorising the cities inhabitants, whispers and rumours filled the city saying that this unknown monster was even eating children. One evening the noble knight Bartomeu Coc was walking the streets of Palma and was confronted with the terrifying beast, upon closer inspection he realised that it was just a crocodile that had unexplainably arrived on the island by boat, he drew his sword and with one slash defeated the reptilian creature, saving the town and restoring the normal order. To commemorate the myth of the dragon a large fibreglass structure parades the city of Palma for the celebrations breathing fire and amazing all those who see it. 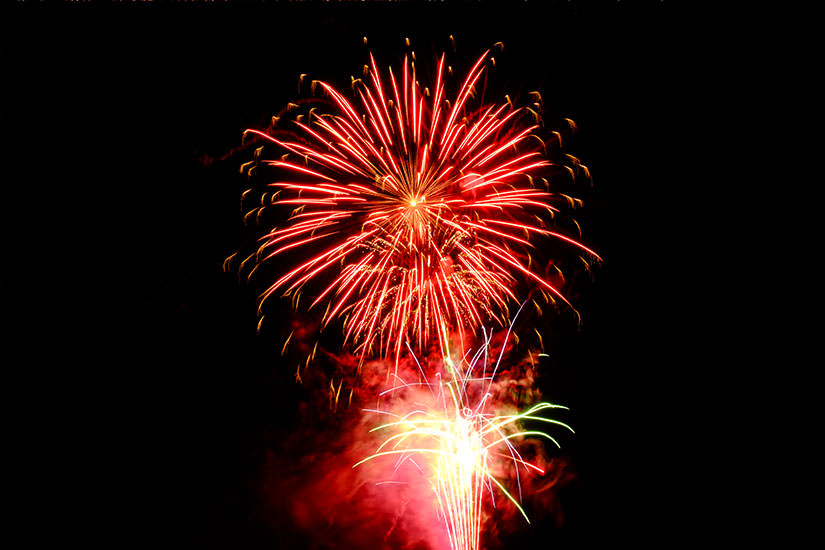 Every year the city of Palma presents a very exciting schedule of entertainment and activities to celebrate Sant Sebastià. One of the most exciting events during this time will be the offerings of live music, you will be able to see some of the most well-known and up and coming Spanish artists. There are a total of 34 artists expected to play on the various stages dotted around the city. Many different genres of music will be heard, from traditional Mallorcan folk music to techno and pop-rock and swing music. There will be a stage for everyone and their music tastes. As you travel between the different squares enjoying the different bands you will find different street vendors, bonfires and parades so there is plenty to see and do during this time.

After a long evening of following the goings on of the capital you will be wanting to have a rest and recharge. Our restaurant in Palma is the perfect place to enjoy some delicious tapas and a glass of something cold as you recharge between the festivities. We have a large variety of tapas on our menu which are perfect to share with your friends and family. Located on the Passeig des Born you won’t be too far from the festivities. Book your table now and have some wonderful plans to end the Sant Sebastià celebrations.

Jump in! Our restaurant in Palma encourages you to jump in to the world of water sports

Visit the prettiest districts near to our restaurant in Palma

Discover La Seu and the best tapas in Palma